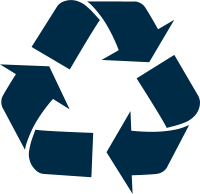 Greenhouse gases (GHGs) play a major role in global warming, and recent significant climatic events prove that this is an issue not to be ignored.

Global warming is the observed average temperature increase in the Earth’s atmosphere and oceans. It is caused by increased amounts of CO2 and greenhouse gases. Greenhouse gases (GHGs) are the by-product of industrial, commercial and agricultural emissions caused by fossil fuel burning, land clearing, and waste disposal – to name a few. GHGs cause the Greenhouse Effect.

The Greenhouse Effect is solar radiation passing through the atmosphere which warms the Earth’s surface. Some radiation is reflected back into space while some radiation is absorbed and reflected by greenhouse gases. This further warms the Earth’s surface. More gases mean higher temperatures. The results of global warming can be seen in the rising sea levels, melting glaciers, the increased frequency and intensity of weather conditions, and the increased probability of the spread of disease and food shortages.

While Fusion Thetics cannot provide specific greenhouse gas (GHG) emission figures, it is known that burning of consumer waste and scrap agricultural films and products has been, and continues to be, widespread. Millions of pounds are secretly disposed of every year in Ontario alone. The burning commonly occurs on private property, using burn barrels and an igniter like oil or gasoline to start the fire. According to Lois Levitan, Ph.D., and Environmental Risk Analysis Program Leader at New York’s Cornell University, “Open burning on-farm releases dioxins and other polluting emissions at the base of the food chain.”

Leaving plastics in the field poses risks to livestock, creates mosquito breeding habitat, and is an ugly detriment to tourism. In landfill, the bulky material will not decompose for years, it takes up valuable land space, and it blows around and becomes entangled in equipment and in nearby natural areas like creeks and forests.

That’s why we recycle scrap plastic into Plastic Lumber. Contact us today for more information. 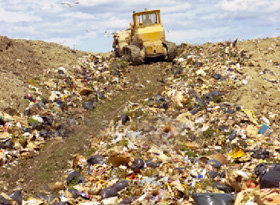